Brit Poetry and Comedy in London by John Stiles 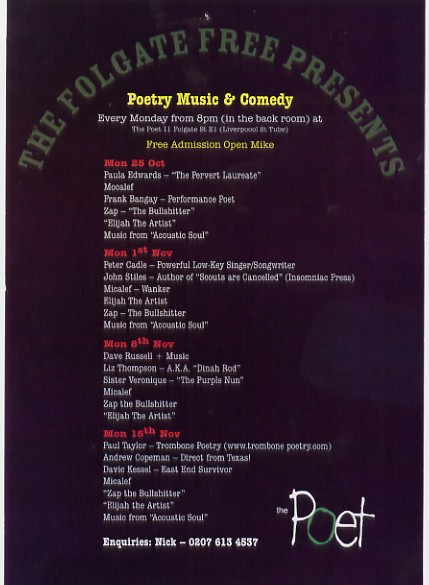 I moved to London, England last year. I was thirty-six. I came from the Annapolis Valley, via Toronto, having been sidetracked by a group of glum musicians but I won't go into that now. (Smalls RIP. Corby, you are a lovely looking cowboy).

The reason I came was I had a revelation. I was lying in my bed on Shaw Street one night avoiding answering the phone and staring at the ceiling. I figured that since the Brits have exported their culture around the world why couldn't we, Mer' timers, export er right back? Friggen Rights. Boys oh Boys.

So I packed my gumboots and long johns and laundry into a kit bag, sent the computer surface mail cause I couldn't afford the fancy prices by air.

The first thing I noticed when I got to the UK was rows in the street.  Couples in the UK could care less who is watching - they brace for the storm and have a go matey. Kids in prams blink as couples implode. I've seen parents spank their kids in public, a couple slap each other, mother and daughter hold out for a pool side barney. A gathering audience? No matter. This is Britain at its' finest. These are the days of men with shaved heads holding the bikini strings of teenage birds puking on street corners.

The difference between Brits and Canadians is manifold, but it`s more than you'd think. I have a friend who is a comedian from Liverpool.  I can't figure out a word he is saying. His comedy/poetry is built around his riding the night busses, trying to pick up women and complaining about his shoe fetish. A crazed stare, a smile and then, a, "Ooh Ooh. Give us your shoe, Luv!"  He told me recently that he liked it when I did pet sounds while doing my Annapolis Valley Poetry. So I stood on the corner, waiting for No 159 to Streatham and I gave him Scouts are Cancelled to read. He told me he likes the 'Siren and the Dog' groaning noises. He told me I was an odd character. He said I like your stories, man but I can`t get my head around Canada. 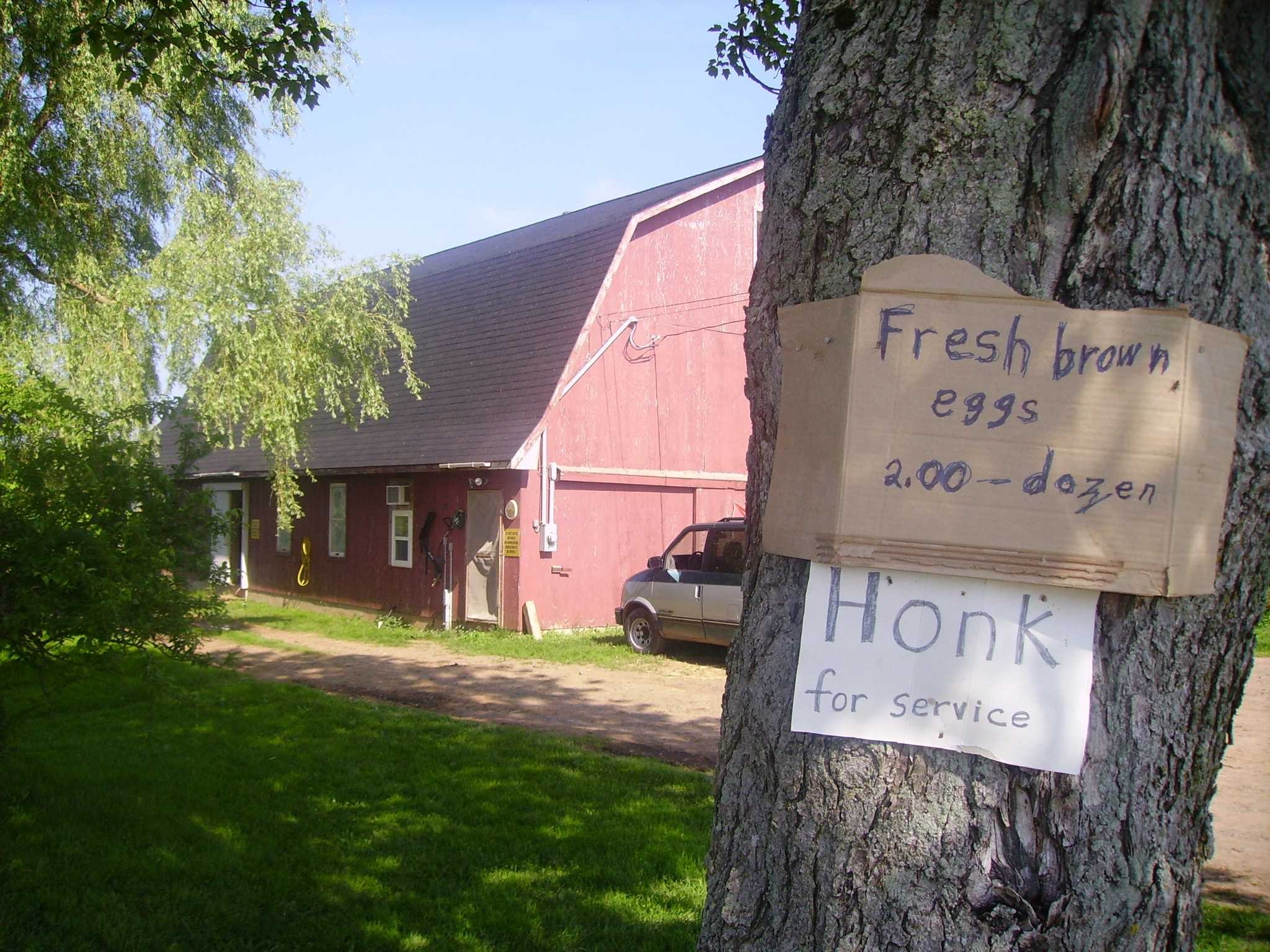 Oh Canada? Or Canader!! as my bud Bob from Plymouth used to say whilst firing cardboard boxes into a skip. "You guys are so laid back."

Canadians can have a conversation that isn't going anywhere. "Whatever...er whatever." and "Pipin er." (Albertan)  "Dummer than a sack full of hammers." Or "Tighter-than-a-mouses-hole-stretched-over-a barrel." (Nova Scotian)  These are our expressions, and are as idiosyncratic as the Brits who say "Guv," "Geezer" and use cockney slang. But Brits seem to make thri point, prove their mettle. Canadian seem aloof to all the intensity.

How Yah Doon?
"My name is John, I'm calling from Bell Canada. The Globe and Mail, Canada's National Newspaper! We've invested in the Career, Arts and Sports sections. Why don`t you flip to the front page. It's some nice lookin, now."
"No? Mrs Farrell, You are tighter than a mouses-hole-stretched-over-a-barrell. Givver a whirl girl. No?"
"Mr. Farrell? Why don`t you givver a try, guy?"
"Nope?"
"I'm not asking you to finance my little man's education here. I'm not the tax man. Get your plastic out and pay for it with your pogey check. No skin off my nose."

Mixed groans from the Brits.

"I guess they empty out the jails and mental hospitals in the U.K. as well? Anybody here an impatient type? Can you imagine Woody Allen doing a house showing?"
Me Saying: "Well I know this here's the land of wit and rapport. You got your Oscar Wilde's, yer George Bernard Shaws and such like and so forth. Well they were Irish, born. Well we got a few down home. I seen a few Oscar Weirds in my day.

"You think we are a look-obsessed culture? I've heard it said that rock star Elton John looks like an accountant. Well I work in finance and I've yet to see one as nice looking!"

Get them to say thank you. Polite but firm.

John Stiles is from the Annapolis Valley and the author of The Insolent Boy and a book of poetry Scouts are Cancelled.
John Stiles

*This article first appeard in Broken Pencil Magazine in Toronto in Fall, 2004.