My year on the Witney Marquees. 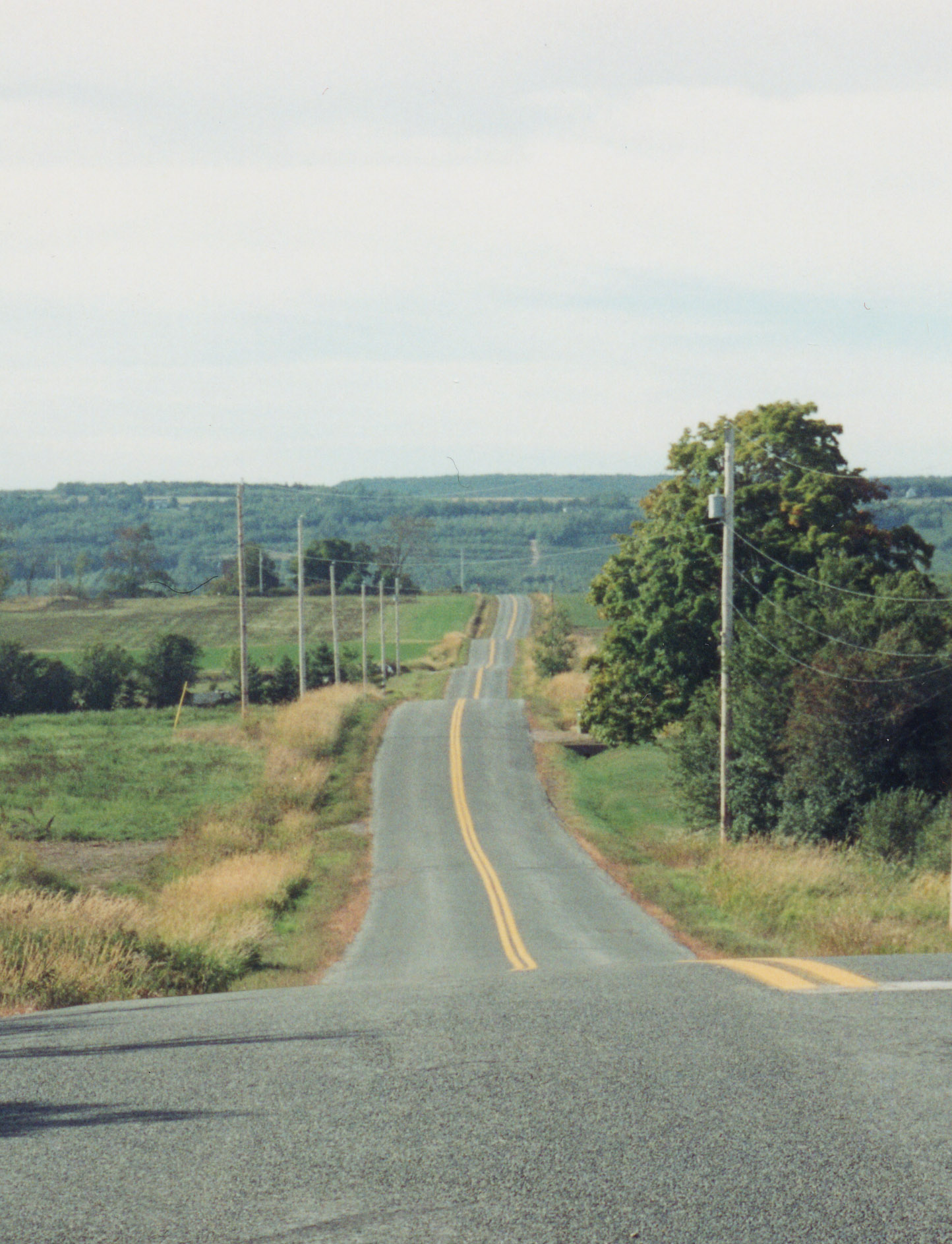 My year on the Witney Marquees.

When I graduated from high school in the the Annapolis Valley in 1985 I went to live with my great Aunt Joan Florey in England. My great aunt was a spinster of seventy- something and lived with her two cats, in a crumbling Oxfordshire farm house next door to my second cousin, Simon, who owned a Marquee company which catered to upper-class social functions, garden parties and weddings and so on. A1 Witney Marquees took Simon Florey and his men all over England, erecting large circus tents and in the mid-eighties was booming. To my family back in Canada, Simon was a big success and a good mentor for a young, unstable lad like me from rural Nova Scotia.

My parents and my aunt arranged for me to work for Simon because they were worried that I was in too deep with my high school girlfriend, L. Though L. was a gifted singer and won countless local song pageants in the Annapolis Valley, she was, like me, plagued by self-doubt and depression and we would talk for hours on the phone, going nowhere. My parents were worried that I was going to get L. pregnant and did not approve of the relationship, since it was wrought with break-ups and reconciliations and was taking over my eighteen year-old life. My father and mother had long battles with me about ending the relationship but I was in love with L. had few friends in high school and was unsure of my future. Finally one night coming home from L.`s house deep in the Gaspereau Valley at four in the morning I wrapped the family station wagen around a telephone pole on the Wolfville Ridge Road. A month later I deposited the second family car onto a school chums front lawn.

Though my father tried to hold the fort, he was struggling with his three kids in the late eighties who were growing up fast. My mother was in B.C. taking care of her father who was dying of cancer. To top my adolescent struggles, I got the shit beat out of me by a guy two grades lower than me in a school fight, my final year at Horton District High School. Though the guy was training to be a professional boxer, the episode had left a deep scar in me, though the episode had endeared me to the most of the people in the school. During the fight., L. jumped and clenched onto the boxers back like a starfish. My brother took me to the hospital and watched me through the night because I had a serious concussion.

When I first got to my aunts farm in Oxfordshire, my cousin Simon, big as a house, with hands like coal shovels came by and whisked me off to meet the lads at Witney Marquees. First I was introduced to Martin 'Dobbo' Dobson, who had enormous biceps a tight shirt and a wonky back and then Steve, 'Stinky Steve', who had pasty white legs, wore tight Union Jack shorts, had bad breath and teeth and who didn`t like to lift the bags of canvas much. Then was Peter, who looked a bit like a British minder. He was bald, with big arms and a gut and had a likeable goofy grin. Simon called him Percy which he didn`t like much and I took a shining to Percy right away cause he was like a father figure and he teased me about the Canadian way I talked. Next was Gary, the foreman, who everyone called Gaz. I liked Gaz because he was kind of cheesy, liked girls and said that, the way I dressed, t-shirt and shorts, was going to drive Simon`s wife crazy back at the house. Simon`s wife Brenda, looked like Princess Di and I took that as a compliment.

As the year progressed L. would send me letters from the Annapolis Valley and tell me about how much she missed me while I would be working from six in the morning till eight or ten at night driving with either Gaz or Percy all over the U.K. to erect the marquees, which, even though I was a strong young kid, was a back-breaking exercise. But I had a lot of fun with Percy and Gaz. I soon learned how to stitch up the tents, pull the poles upright with the guys and Percy would take me out to nights of amateur boxing and drinks. After some time I learned how to drive the steel pins into the ground with a sledge hammer without making mincemeat of British people`s meticulously manicured grounds.

My Aunt, who has never married, is a character and I took to her after some time of getting used to her ways and started to call her A.J. She cooked in a cold, old-fashioned farm kitchen, with a scullery and she would always and frown refer to my cousin Simon, as 'that young devil', and say how he was over extending himself by driving a Mercedes and by using an unnecessary car phone.

Though the work was hard, I liked going onto various country estates all over Oxfordshire and Buckinghamshire and London and seeing behind the scenes lives of royalty, government members, embassy officials, etc. The job took us to Epson Derby, set-ups for rock star weddings. Still I was homesick for my life in Nova Scotia at times.

The English world was a different world and awe inspiring and I soon started to pick up a slight bit of the clipped english accent , become interested in snooker, the characters, Hurricane Higgens, and English cricket`s biggest star, Ian Botham. Every night I would come home and A.J. would have a meat pie for me, cooked on the Aga and quiz me about my day, the gossip and so on and then I would take a bath, collapse in bed. Sometimes at two or three in the morning the phone would ring, and it would be L. saying that she was missing me. A.J. would ask me about the girl and say, 'don`t let that girl make a fool of you.' After the first few months, I decided to start to write because I had an idea in my head about becoming a writer.

After a few months of working the marquees and trying not to think about that guy who had beat the shit out of me in high school, I started to settle into the routine of working and travelling all over England by day, hauling matting and canvas bags off the lorry, aligning French doors, rolling out the matting pinning it into place and then driving home and writing at night. The letters from L. started to trickle and I started to notice that I was beginning to feel like I was developing into my own person, though my writing was shit, I was eighteen.

I liked talking to A.J. about the family life. She told me stories about her life as a child. How my Grandfather had been her first boyfriend, but had eventually gone for my grandmother and not her. How my Great Grandfather had once been arrested on his Oxfordshire farm and been accused of being a spy because there were German POW`s working on the farm as laborers. How it had all been a mistake and that there had been a letter of apology from Churchill himself.

As the time passed, I felt myself start to become more confident and more relaxed, in the company of my Great Aunt, who joked about her important job as Church Warden, at Yelford Church, capacity thirty or so. I liked he sense of humour and we got along great, though the the difference was almost sixty years.

Towards the end of my summer working the marquees, a new lad, I think his name was Tim, came to work on the Marquees as well. He knew Simon from cricket and was a joky and nervous lad, who told everyone that Simon should have played for Oxford cause he would hit it miles. I avoided him because he flattered Simon a great deal but he set after me right away teasing me about my Canadian accent. I felt the old unease creep in again and he kept saying stuff like, "Hey John are you going to go to the can, now? Eat A CHOC o LATE bar?" He kept at it. Finally I turned around and looked him in the eye. I said, "You understand what I`m saying, right?" And he said, kinda taken aback. "Yeah." Then I said, "Then Get off my back, dink." And everyone, even Simon, went quiet. Then Simon laughed and said, "That`s what I like to see, Tim. True Florey Grit." And I felt a little bit like a man then.

John Stiles is the author of The Insolent Boy, and the filmmaker behind the smalls...er whatever. HIs first book of poetry, Scouts Are Cancelled, set in the Annapolis valley, is forthcoming from Insomniac Press. John`s favourite band is The Corb Lund Band. Look for a CD version of Scouts Are Cancelled coming soon. John believes in the writing talent of Paul Vermeersh, Jen Finlayson, Patrick Woodcock, Adam Levin, Michael Winter, Sheila Heti, Julie Roorda, Halli Villegas and many more though thinks that writers should generally avoid literary parties and should piss off about thinking they are more important than they are.