(Read the smalls...er whatever documentary review in the February 2001 issue.) 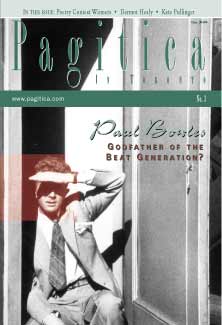 Paid by the Word

(Publisher of the I.V Lounge Reader, The Insolent Boy and soon Matthew Good.)

(Small update: Texas or bust. The boys are now stateside.)

(Former smalls bassist nominated for a Juno and one of the best songwriters in the world. Watch young Corby in the smalls...er whatever available through Insolent Boy Entertainment Inc.)

(Former Cameron House resident has put out four albums and worked with some of the best on the Toronto recording scene including Kurt Swinghammer, Howie Beck and Jocelyn Lanois. Part of original, Sloan-era Halifax music scene, circa 1990-93. Check out Hightower Flashing and Oxygen Bar.)

In the spirit of those who write in the old fashioned sense and like a good laugh in the back of the bar I have this section for those I have met along the way. It is called

(A real poet. Talented, writer of three page emails and a cap on the head charmer.)